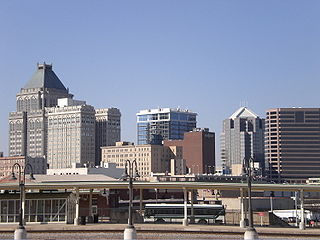 Our basement waterproofing company can take care of your moisture problems for good in your Greensboro, NC home. We know how alarming it can be to come home or wake up to a flooded basement. You might not really know what to do or who to turn to for help with this kind of situation. The most important thing you can do is to get in touch with our professionals at Seal-Tite Basement Waterproofing Co ASAP so that we can come out and evaluate the problem. A lot of homeowners want to know how water is able to get into their family's home. There are a few ways in which it can get inside.

Seepage can get into your home:

As you can see, there are many ways in which water is able to get into your home. Also, it doesn't really matter how new or old your home is - if you don't have an efficient and functional waterproofing system in place, it's really only a matter of time before this becomes a problem in your home. Don't panic, though. We have a team of trained waterproofers who have the knowledge, skills, and tools to take care of your leaks so that the seepage problem doesn't come back again to cause problems. When you have a dry and safe area below your home, your property is much healthier overall.

Greensboro (spelled Greensborough from 1808–1895) is a city in the U.S. state of North Carolina. It is the third-largest city by population in North Carolina and the largest city in Guilford County and the surrounding Piedmont Triad metropolitan region. According to the 2012 U.S. Census Estimate, Greensboro's population is 277,080. It is located at the intersection of two major interstate highways (I-85 and I-40) in the Piedmont region of central North Carolina.

In 2003, the previous Greensboro – Winston-Salem – High Point metropolitan statistical area (MSA) was re-defined by the U.S. Office of Management and Budget, resulting in the formation of the Greensboro-High Point MSA and the Winston-Salem MSA.**

Get a Quote for Your Project

We can provide for you at an affordable price that will fit into whatever kind of spending budget your family may have. We know that you don't want to spend an arm and a leg to get your leaks taken care of, and for good reason. You likely have other things that you need or want to spend money on, and that's completely understandable. When it comes to basement repair, we can take care of leaks, damaged wooden support beams, rotten floor joists, and more.

Average rating for Seal-Tite Basement Waterproofing Co is 4.99 stars of 5 stars - based on 108 reviews

Your technician was a first class gentleman. He fully explained what the problem was, and how he was going to correct it. He thoroughly cleaned up afterward and the wall crack repairs were completed..